UK roll-out of Fibre To The Premises (FTTP) is being accelerated by Openreach and its competitors following new Ofcom regulations. 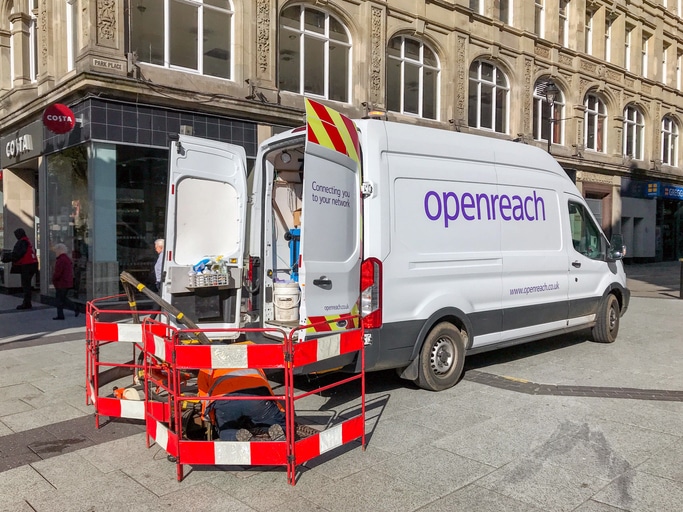 The regulations, governing the wholesale telecoms market, aim to promote competition and investment in networks which can provide gigabit speeds to and from premises.

Openreach became a legally separate company from BT in 2018, with its own independent board. Virgin Media and a few others are competitors, but Openreach manages the lion’s share of the UK’s wholesale network infrastructure.

Despite the huge demand for network connectivity, millions of homes are still using the copper lines that were first laid over 100 years ago.

The regulations will prevent Openreach from offering geographic discounts on its full-fibre wholesale services so that there is an even rollout across the entire country.

But the regulator has not placed a price cap on Openreach’s fastest fibre services so it will be able to fund a faster rollout better.

Ofcom will also intervene, if necessary, to prevent Openreach stifling investment from rivals. This should mean about 70 per cent of the UK will eventually have a choice of networks.

Openreach has confirmed plans to build fibre-to-the-premises (FTTP) connections to 20 million homes and offices by the end of this decade.

It will be allowed to turn off copper-based networks in areas where faster full-fibre connections to properties have already been deployed. This should help reduce its costs by removing the need to maintain two different infrastructures.

Virgin Media also welcomed Ofcom’s announcement, describing it as a resounding sign of support and longer-term clarity from the regulator.

Gary Jowett, from Computer & Network Consultants (CNC) in Brighton, said: “The new regulations bring fresh impetus to Briton becoming a full fibre economy. As Openreach will be able to switch off copper networks where full fibre has been introduced, it is time for businesses of all sizes to start planning for an FTTP future. It could be truly transformative for many organisations in terms of the way they serve customers and what they can offer.”