Giant leap for wi-fi with 6 and 6E

A superior wi-fi experience is now on the horizon for UK businesses after successful trials of Wi-Fi 6 and the birth of the new Wi-Fi 6E standard. 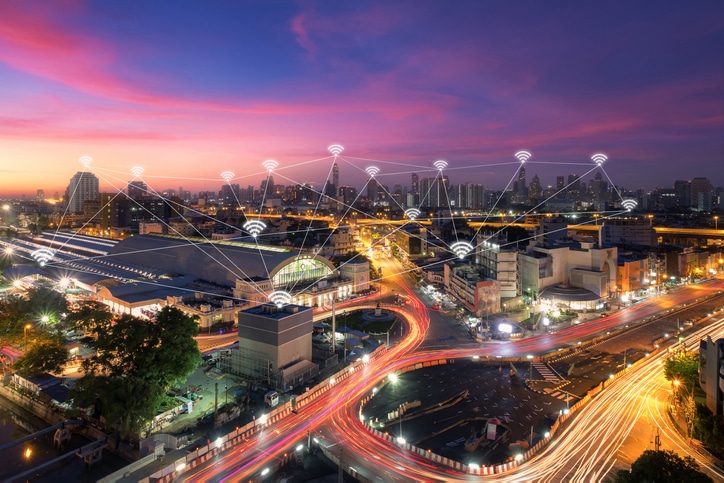 Regulators in the US and the UK have this year opened up the 6GHZ spectrum. And the technology which will use it has been branded 6E by the Wi-Fi Alliance – the international body responsible for wi-fi nomenclature.

The name differentiates it from the current standard, Wi-Fi 6, which uses the 5GHZ spectrum. Both Wi-Fi 6 and 6E offer huge benefits to users, especially those in densely-populated working environments.

Successful tests conducted by members of the Wireless Broadband Alliance (WBA) of Wi-Fi 6 showed transmission speeds near to three times faster than those using Wi-Fi 5. That’s up to 9.6Gbits/sec versus 3.5Gbits/sec. There was also lower latency and better networking efficiency – especially in environments where there were many connected devices.

Mettis Aerospace worked with Broadcom, Cisco, iBwave and Intel to deploy a Wi-Fi 6 test inside a dense industrial environment complex where there were heavy metal structures, high temperatures, and moving machinery. The test was very successful.

Chief executive of the WBA, Tiago Rodrigues, said: “These successful deployments prove the strength of Wi-Fi 6 technology to achieve better throughput, lower latency, enhanced reliability, improved network efficiency and better user experience. Ultimately, they prove the readiness of Wi-Fi 6 for carrier deployments, and the WBA continues to develop and expand new trials that support Wi-Fi 6 and 6E expansion into new areas in different geographies around the world.”

Gary Jowett, from Computer & Network Consultants (CNC) in Brighton, said: “With Wi-Fi 6 already shown to be extremely effective in a wide range of work environments, the arrival of 6E using the 6GHZ spectrum can only further enhance the range of Wi-Fi solutions available to UK businesses. Even organisations operating across vast facilities or based in buildings that weren’t designed to accommodate modern networking technology will be able to connect much more effectively and so help to improve productivity and enhance relationships with customers.”