Working from home during the pandemic has made many people reluctant to go back to their workplaces on a full-time basis despite an easing of the UK lockdown rules. 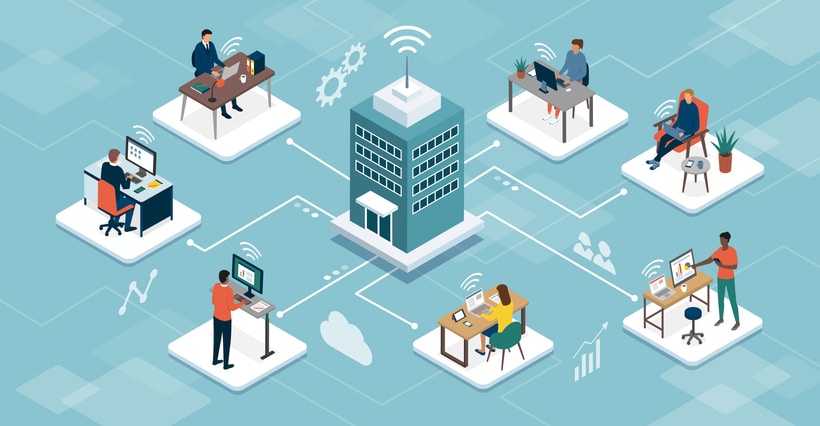 Research commissioned by technology provider Okta surveyed 6,000 office workers across the UK. Just 24 per cent of respondents said they wanted to return to the office full-time, and 35 per cent would prefer more flexible working arrangements in the future where they could work from home on a part-time basis.

The survey also revealed that 55 per cent had experienced a productivity boost working from home, and 62 per cent said it had given them greater flexibility.

But 28 per cent of people who were working from home for the first time said they had not been equipped with the necessary technology and 24 per cent could not access the software they needed at the start of the lockdown.

Several major companies have already used employee feedback from the last few months to make fundamental changes to their working arrangements – changes which could outlive the pandemic.

Twitter is allowing employees to work from home indefinitely and OpenText is closing half its offices with 15 per cent of its employees now working from home permanently. And Facebook has told most of its people to continue to work from home until the end of the year – as have real-estate company Zillow and insurer Sagicor.

But there are some aspects of traditional working that many of the people surveyed did miss. Fifty-seven per cent missed face-to-face conversations with colleagues, and around half missed workplace friendships.

The research also raises concerns over cybersecurity because only a third of respondents were “completely confident” remote working would keep them safe from hackers. The level of concern differed from sector to sector. Workers in the IT sector felt more protected than others while just a quarter in the retail and education sectors expressed the same confidence.

Gary Jowett, from Computer & Network Consultants (CNC) in Brighton, said: “The demand for more flexible working could cause a significant shift in the way that British businesses operate and how their employees interact. As long as companies provide the appropriate secure technology and have good policies for managing the work-life balance of their employees, it can only be a win-win situation. This will be a result for many businesses in terms of productivity, reduced carbon footprint and lower property overheads.”