Theft of copper cables continues to be a problem disrupting UK businesses and affecting people’s lives. 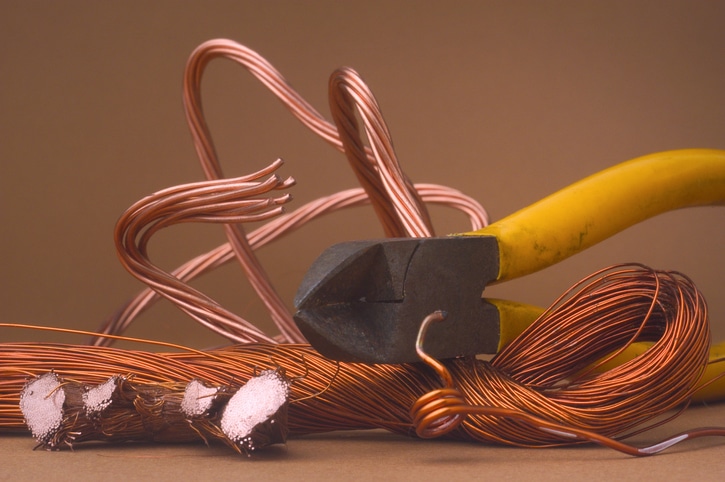 One of the most recent, in Cambridgeshire, deprived thousands of people of their broadband connections.

Around 4,000 homes and businesses were left without internet in late August when copper cables were cut away on the outskirts of Cambourne.

Then, in early September, more than 2000 people in Cambourne were knocked offline and without phone connections after 500 metres of copper cabling was taken.

A few days later, power cables worth approximately £10,000, were found more than ten miles away causing a lot of damage to farm crops.

Openreach engineers repaired the broadband connections as quickly as possible and launched an appeal in partnership with the independent charity, CrimeStoppers, offering £1,000 for information. There’s also a dedicated website which provides advice on how to prevent and report incidents.

In recent years, when an internet outage occurs, it’s usually attributed to technical issues, or cyber- attacks, not cable theft.

But ten years ago, statistics from the British Transport Police show that copper cabling was a popular target for criminals. The question is, could the rising price of copper now give thieves a fresh incentive? Cambridgeshire may be just the first in a new wave of thefts.

Copper theft has always been part of a wider problem involving theft of cabling, particularly from the UK’s railways. It was hoped the theft and re-sale of such precious metals could be stopped with an amendment to the Scrap Metal Dealers Act which made the possession of stolen metal a crime. It was meant to deter scrap metal dealers from buying cabling with no questions asked.

But it now seems such a change in the law is not sufficient, nor is the use of SmartWater and other invisible markers to label and trace cables.

Gary Jowett, from Computer & Network Consultants in Brighton, said: “Copper is a very valuable metal to steal because it’s in high demand globally. Loss of broadband connectivity due to such thefts can be crippling for businesses that increasingly depend on the internet to serve their customers. So, it’s important that everyone remains vigilant and reports any suspicious activities such as workmen at the roadside using vehicles with no identifiable company logo, for example. As with all types of crime, the police can’t stop copper thieves without help from the public.”