O2 to launch 5G this year

O2’s launching 5G services this year ahead of its rivals. However, will businesses in the South East benefit? 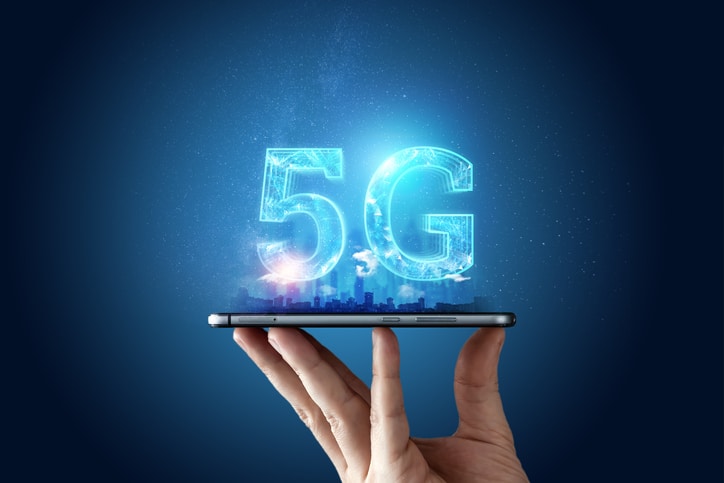 The mobile network operator has said that Belfast, Cardiff, Edinburgh and London will be the first to launch – with other areas to follow in 2020.

The actual roll-out date for these urban areas has not yet been divulged. Businesses across the UK remain in the dark about when they might include 5G in their upgrade plans.

How fast is it?

The service could enable speeds of up to 10 gigabits per second. That’s much faster than 4G. It means downloading an HD movie will take less than 10 seconds. With 4G, it takes closer to 10 minutes.

Over the past 12 months, O2 has taken a number of steps to facilitate its early launch.

It secured 3.4GHz spectrum at the Ofcom auction and has expanded its network infrastructure sharing agreement with Vodafone. It’s also spent £80 million installing around 1,400 small cells across Greater London and plans to install 300 more. These will boost signals indoors and outdoors and are expected to be essential for any 5G network.

As O2’s network already covers around 99 per cent of the UK population, the 2019 launch is certainly a good opportunity to assess potential demand.

But it’s too soon to fully evaluate what benefits 5G can offer any business because this version of 5G won’t have all the bells and whistles expected in the next release of the technology due out next year.

There may also be a delay to 5G roll-out plans next year given the news that the UK government is now investigating the extent to which Huawei technology would be involved in 5G. This follows warnings about the hidden threat of spying by the Chinese company on behalf of its government.

Gary Jowett, from Computer & Network Consultants in Brighton, said: “A new mobile service offering such high speed services will be of interest to many different businesses including those with mobile workforces that need to gather and distribute data more effectively.

“It will also benefit the internet of things by providing much deeper and richer data harvesting capabilities. It will give companies better control of their remote installations and their employees won’t need to visit these facilities so frequently, saving on time, fuel costs and cutting their carbon footprint.

“The growth of 5G services over the next year is likely to encourage many organisations in the South East to consider adopting it to keep pace with their customers and partners. But they first need to map-out their communications strategy to understand whether such faster connectively will genuinely benefit their profitability and the quality of services provided to customers.”